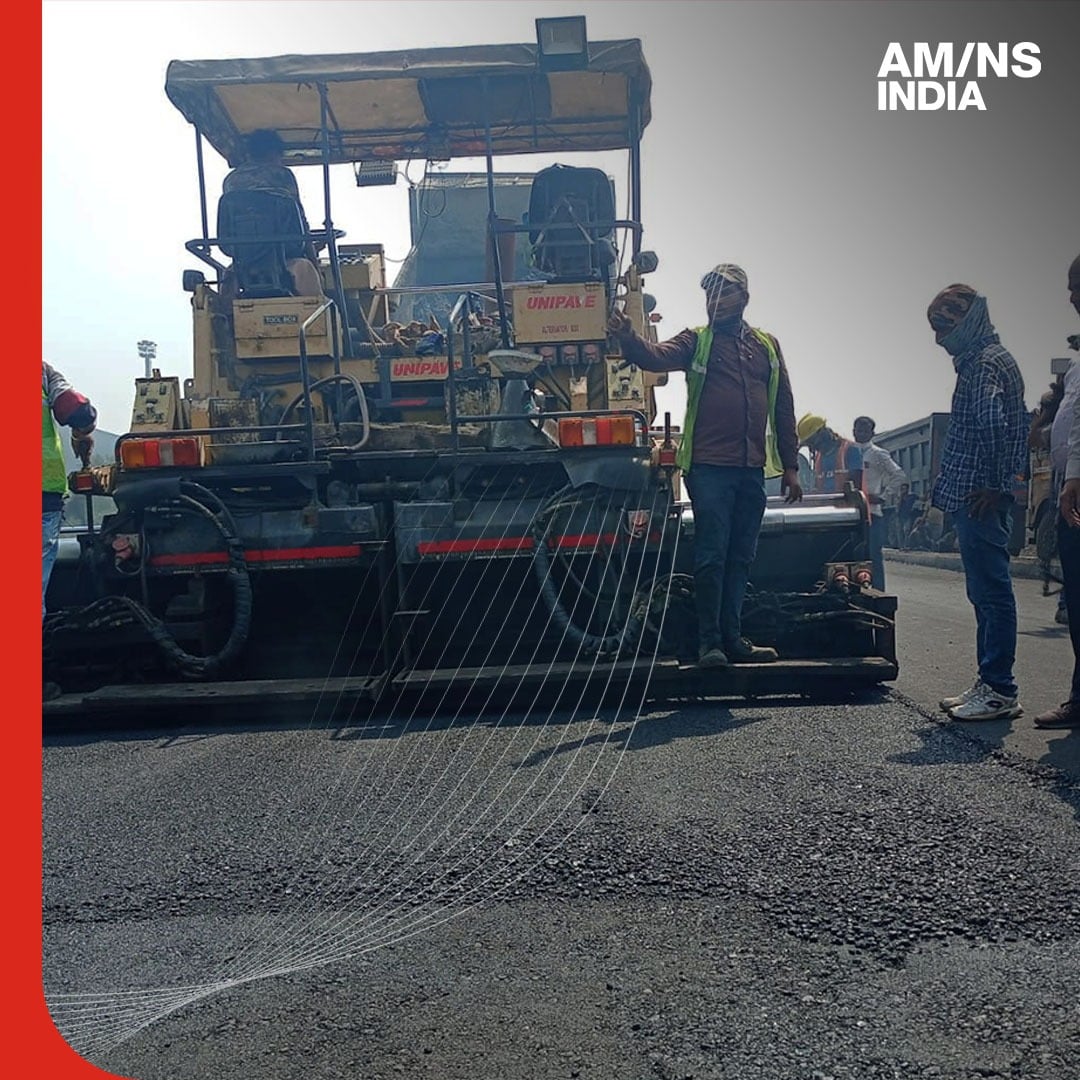 A stretch of six-lane road experimentally paved with slag from steel-making in India has been shown to weather the beating from thousands of heavy trucks even though the surface is 30% shallower than that of roads paved with natural aggregates.

Slag is made up of impurities melted out of the ore during the steel-making process.

The trial, guided by the Central Road Research Institute (CSIR-CRRI) and sponsored by ArcelorMittal Nippon Steel (AM/NS), suggests that roads built with the abundant waste material mixed with bitumen could be 30% cheaper than conventional paving, and could reduce the unsustainable mining of sand and gravel.

The work of slag-paving lanes began a year ago on a 1.2km stretch of road near the busy Haziri port in Surat, Gujarat state, with the final lane paved last month.

“Around 1,000-1,200 heavy commercial vehicles are using the road per day for the last one year and still it is performing well on different serviceability parameters,” Satish Pandey, principal scientist at CSIR-CRRI, toldnewspaper The Times of India.

He said around 100,000 tonnes of processed steel slag aggregate were used on the road, and that his institute would soon produce guidelines for using the material in highway construction.