Surat gets India’s first steel slag road: What is it, how is it different from regular ones?

Surat has become the first city in the country to get a processed steel slag (industrial waste) road. What is so special about this project and how is it different from regular roads? 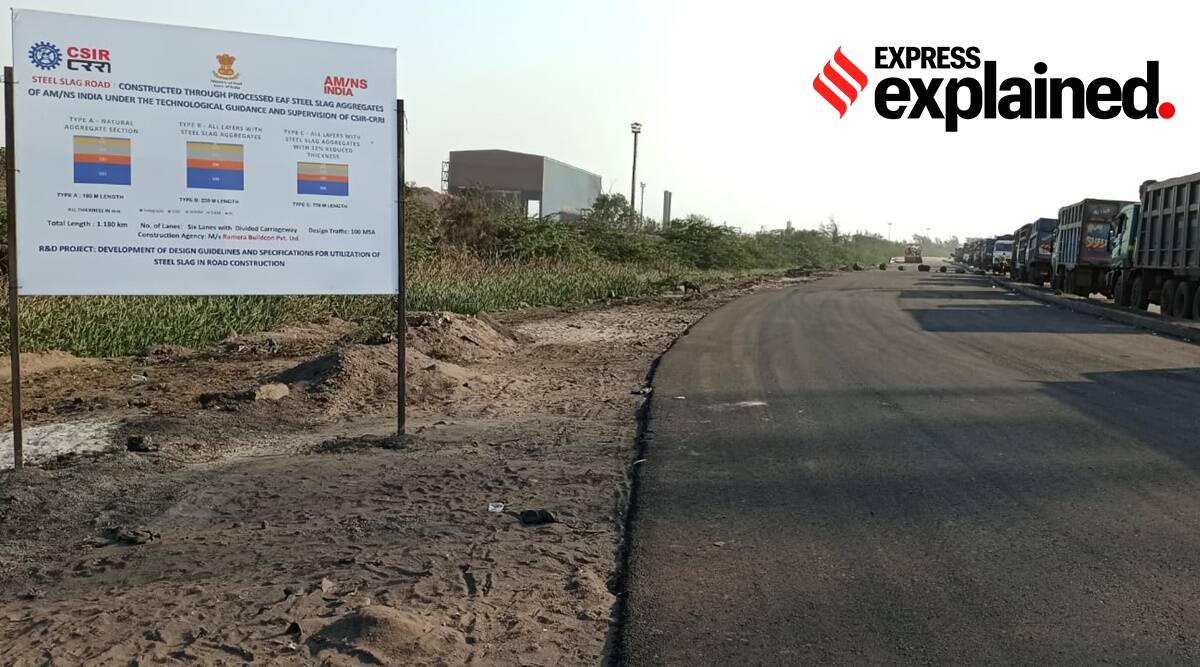 Surat has become the first city in the country to get a processed steel slag (industrial waste) road built as part of a joint-venture project by the Council of Scientific and Industrial Research (CSIR), Central Road Research Institute (CRRI), Union Ministry of Steel, government think-tank NITI Ayog, and ArcelorMtttal-Nippon Steel (AM/NS), at Hazira. What is so special about this project and how is it different from regular roads? We explain.

What is the project all about?

The six-lane public road is a kilometre-long stretch in Hazira industries, which also houses the AM/NS plant. The construction began around a year ago by converting mounds of steel waste into steel slag aggregate. The sixth and final lane of the road, with a three-lane to-and-fro carriageway on either side, was completed in early March. The road is now being used by heavy-duty vehicles of multinationals located in the industrial estate on the outskirts of Surat.

According to CRRI principal scientist Satish Pandey, the construction cost of the processed steel slag road is 30 per cent cheaper than roads built from natural aggregates. “The thickness of the road is also 30 per cent lesser than normal ones, while the durability is much longer due to the utilisation of steel slag,” Pandey added. This project falls under the initiative of the Waste to Wealth and Clean India Campaign. 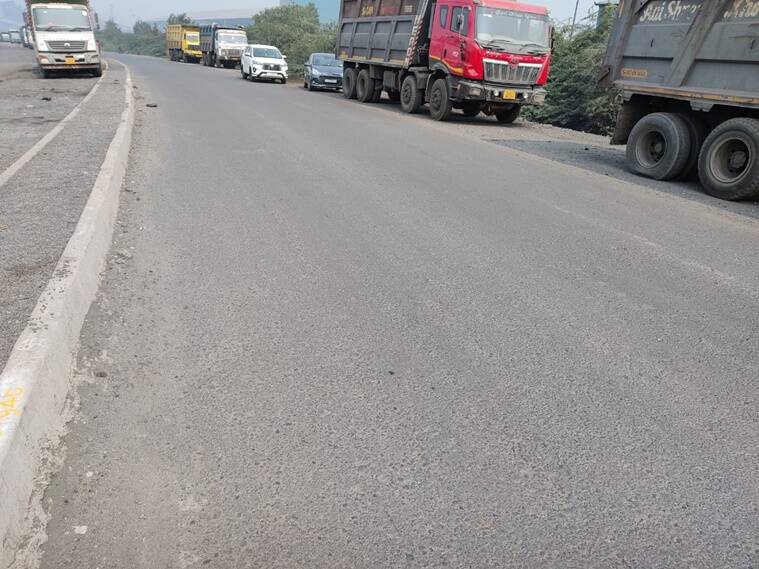 The slag is generated from a steel furnace burning at around 1,500-1,600 degree centigrade in the form of molten flux material as an impurity. The molten material is poured into the slag pits for cooling as per the customized procedure and further processed to develop stable steel slag aggregates, with “better material properties in place of the natural aggregate commonly used in road constructions”, Pandey said.

According to the Indian Road Congress guidelines for construction of a heavy traffic road that is capable of taking the load of 1,000 to 1,200 trucks per day, around 600 to 700 mm thickness of road layers are required on the foundation with 8 per cent CBR (California Bearing Ratio). According to Pandey, in comparison to normal highways, the ones made out of steel slag are 30 per cent less thick because of better material characteristics. “The construction costs of such steel slag roads will also be around 30 per cent cheaper. The Hazira road uses around 1 lakh tons of processed steel slag.” 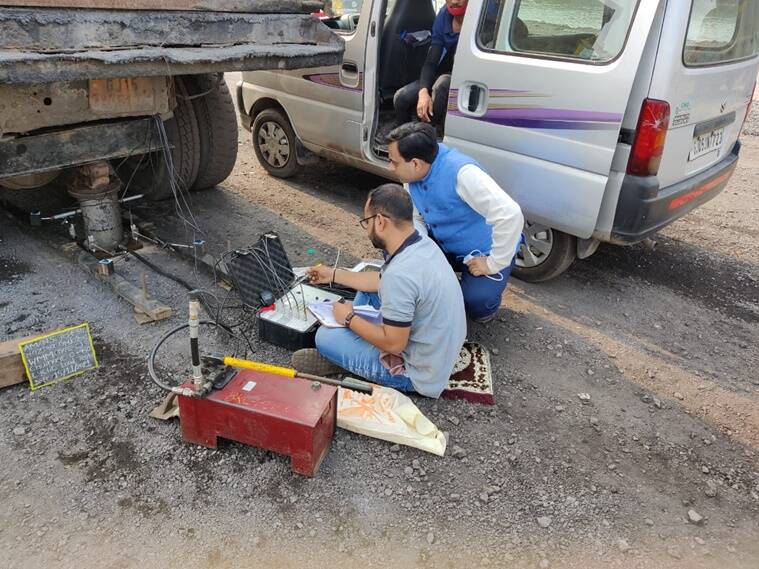 The CRRI will now prepare guidelines and specifications for the utilisation of steel slag in road construction. “The parameters and performance indicators will be incorporated in the road guidelines and will be given to Indian Road Congress, Ministry of Roads and Highways, to utilise steel slag for the constructions of national highways,” Pandey informed.

Over 30 heavy-loaded trucks use the carriageway on a daily basis. The steel slag road, which is also part of a research study, has been constructed using instrumented test sections, comprising strain gauges, pressure cells, displacement gauges and thermocouples to measure load-induced deformation, and stress and strain in the pavement areas. “We are also monitoring the temperature variation in the pavement layer using thermocouples,” says Pandey, while adding that CSIR CRRI will further monitor its performance for another one year.

Are these roads cost-effective and good for the environment?

Surat Municipal Corporation (SMC) Road Development department officials say the utilisation of processed steel slag in road construction paves the way for sustainable use of waste and reduces the reliance on perishable natural aggregates. This process is also expected to reduce GHG emissions and carbon footprint in road construction activity and is in line with India’s commitment to the United Nations Sustainable Development Goal No. 9 for building resilient infrastructure through inclusive and sustainable industrialization and green technologies.

Executive Engineer at SMC’s Road Development Department, B R Bhatt, said: “The approximate construction cost per square meter of a processed steel slag road is Rs 1,150 as against Rs 1,300 for a bitumen road and Rs 2,700 for a cement or a concrete one. The lifespan of a cement or concrete road is over 30 years while that of bitumen and steel slag road is around 15 years.”

Do high temperatures affect these roads?

However, the carbon footprint for such roads is much lower as the ones built using natural aggregates are mined and processed. Besides, after mining and crushing, the material also needs to be transported from one place to another. When it comes to steel slag road, there is no blasting, drilling or crushing as the material is waste coming out of a steel industry which is processed and converted to the form of aggregate material used for construction. “The utilisation of waste steel slag for road constructions reduces pollution created by heaps of waste dumped nearby. The particles of steel waste also get into the air and even seep into the ground, reaching the underground water table,” Bhatt explained.

Coming to the impact of such roads on the vehicles, experts said that the effect on tyres would be negligible. “The steel slag melts at over 200 degree Celsius, while the temperature during peak summer in India is not above 45 degree Celsius. Moreover, the upper layer is made up of bitumen layers,” Bhatt added.